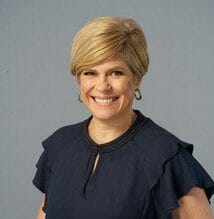 Emma B has forged a highly successful broadcast career spanning over 15 years at some of the world’s best-known radio stations. She became known as Emma B when she worked for Creation Records along side Oasis and Primal Scream.

Emma joined BBC Radio 1 in 1998 & went on to present the Sunday Surgery show, alongside Dr Mark Hamilton. The Sunday Surgery dealt with ground breaking social and health issues for teenagers, including sex, drugs, poverty and crime. She won 4 Sony Awards for it and has been singled out as having saved lives through the show.
Emma left Radio 1 in early 2005 and in joined London's Heart 106.2. She was the first solo female to ever take the number one spot on the Drive time slot in London. At the same time she hosted her own music TV show on ITV, The Base that ran for 3 series.

Emma even moved to Ibiza with her husband and 2 children where she had a small PR company dealing with clients such as Sony /Columbia Records. She worked for the islands most well known events company, had a weekly radio show on Ibiza based station Sonica and hosted a series of live radio broadcasts from the Pacha Terrace and the DJ Awards 2010.

Having recently taken a break from radio to work in the charity sector, Macmillan Cancer Support & Teenage Cancer Trust, using her huge experience and extensive networks to help fundraise, she is back broadcasting on one of the UK’s most favourite national radio stations, Magic Radio in the afternoons from 1pm-5pm