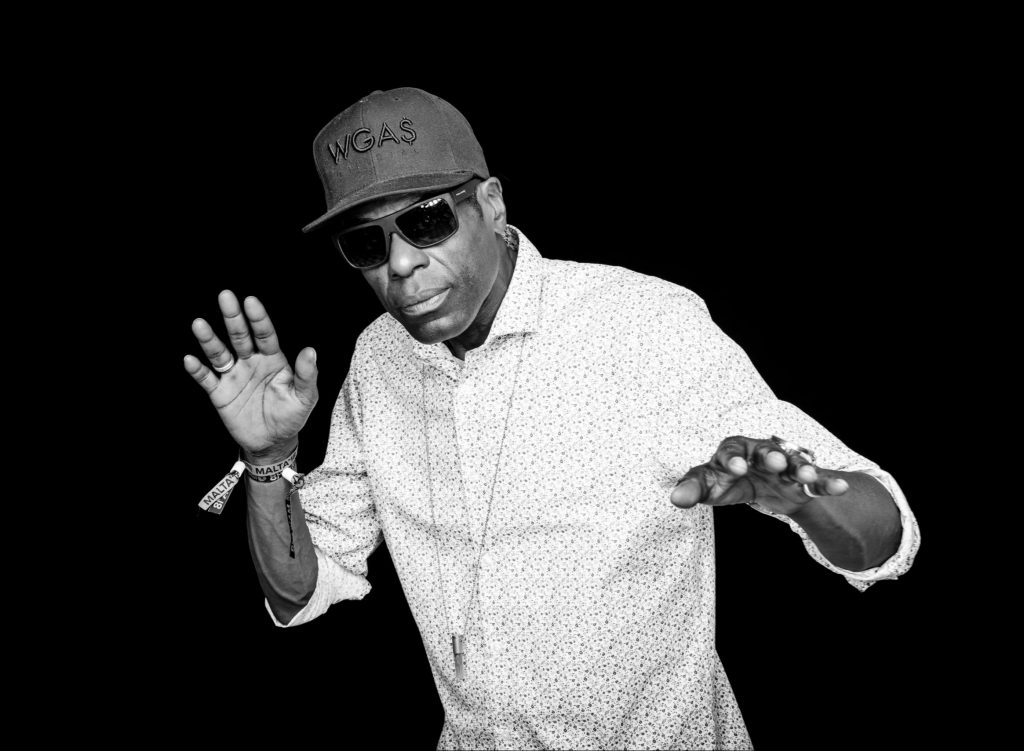 Since the beginning of 2018 Normski has been extremely busy on reinvention and setting himself even further in the world of media and entertainment.

With over 25 years of visual, audio and media experience he has certainly cemented himself in a legendary position as a TV presenter, Radio broadcaster, Stage host and DJ.  A truly endearing Ambassador of all things creative and fun.

Starting many years ago as a drummer in a local band in North London with sights set on playing music as this really was his first passion. Another string on his flamboyant bow was his keen eye for photography. At a very early age this hobby soon took over his drumming and after studies he quickly became a highly respected photographer with a focus on music and street style photography.

Whilst his first full time job was actually in a music shop selling guitars, Synthesizers, amps, effects and his favourite Drum boxes. He also was engaging with staff and customers and made a fine cup of tea.

Fast forward 3 decades and now a household name worldwide, Normski has been at the cutting edge of most contemporary arts and media. Having worked around the world as a full time music photographer for record companies, various publications and exhibited his work in many art  galleries including The Tate and having his work in the Victoria & Albert museum Archives.

No stranger to performing live on TV since 1991 when he became Britain’s foremost youth presenter on Groundbreaking dance music program ‘Dance Energy’ for Def ll on BBC 2. On the stage he has hosted and played DJ sets at Festivals, Night clubs and events internationally, toured the UK for Ministry of Sounds addicted to Bass brand and done a national college tour for Malibu hosting and playing DJ sets. Since 2010 he still remains one of the leading voices for the International Radio Festival hosting live broadcasts with his infectious passion and incredible energy to over a 100 million listeners worldwide. If he isn’t on stage, taking photos or behind the decks rocking the crowd then you’ll find him rocking on the dance floor.