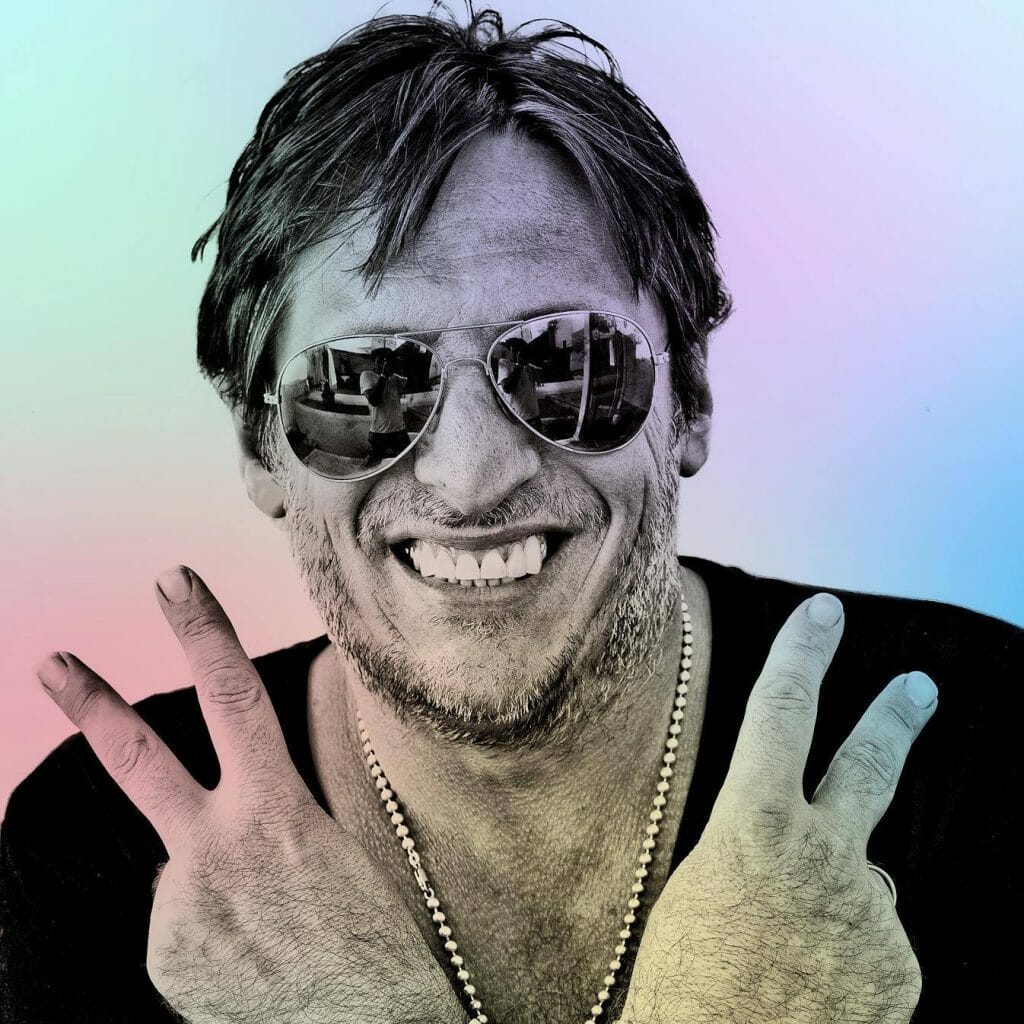 His incredible career started in 1985 at his local boozer in Harrow, before the emergence of Acid House in the late 80s brought residences at Zigzag, FUBAR and Up Yer Ronson as well as numerous gigs at super clubs including Ministry of Sound, Turnmills and Miss Moneypenny’s and several appearances on BBC Radio 1's Essential Mix. Brandon cemented his ‘superstar DJ’ status alongside Alex P on the legendary terrace at Space, Ibiza in the 90s.

In 1996, his party lifestyle took its toll and given just weeks to live, he entered a detox facility. Since then, he hasn’t looked back.

He has a hugely popular radio show with Ricky Morrison on Mi-Soul and continues to DJ around the world, 25 years after it was suggested he stays clear from music and night clubs forever….

In 2010, after an incredible journey of self-discovery, he joined Drug and Alcohol charity, Blenheim CDP as a volunteer before taking on an extremely difficult job as a project worker for the NHS, working with people who have multiple complex needs.

He is a qualified Life Coach, City&Guilds in Health and Social Care Level 3, Mental Health First Aider, SMART Recovery Trainer, Stress Management Trainer and a Goal Mapping Practitioner, has launched his ‘Happy Days for Everyone’ project, focused on making subtle changes to beliefs, behaviours and incorrect thinking and is part of the ‘Tuned Out’ team, a new support group at The Ministry club, they also run well-being areas at festivals under the Banner Tent Talks….

He is part of a pod cast with Chesney Hawkes, Lynn Ferguson, and Neil Harrington Called We’re all a bit mental…its aim is to take the negative stigma away from the word Mental through Music, Talk and Laughter….

He now works for the Hepatitis C Trust a charitable Organisation through a Peer Support Network of volunteers conduct Testing events and outreach supporting people through their journey to getting to appointments and Medication. The Hep C Trust mission with the WHO is to eliminate the disease by 2030

Brandon is also an Ambassador for A Slice of Happiness Homeless Charity in Watford doing outreach and delivering a mental health well-being courses
With people he meets every day…. The Wonderful Journey Continues